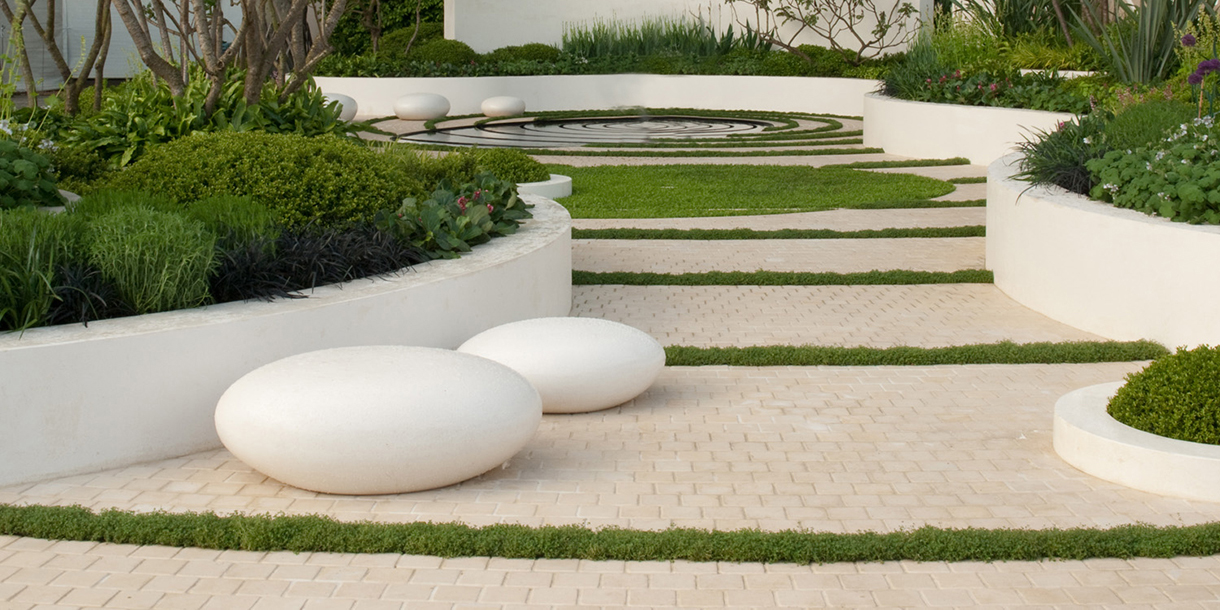 Back in 1998, garden designer Naila Green (http://www.nailagreengardendesign.co.uk/) asked Ben Barrell to design some sculptural seating for a BBC Gardeners’ Question Time garden she was designing for RHS Hampton Court. It was the beginning of an on-going relationship with RHS Show Gardens which has been pivotal to the growth of Ben’s reputation as a sculptor.

Spring and Summer may seem a long way away, but in Show Garden terms they’re just around the corner. Garden Designers will have been working on their plans for this year’s gardens for 12 or 18 months and will already be thinking ahead to 2020. The work that goes in to an RHS Chelsea Main Avenue Show Garden is immense – from making sure full size trees are in the perfect condition to be transported, to building structures and realistic streams and beaches, to planting that supports the narrative of the garden, and of course to finding the perfect sculpture and seating to complement the design.

In Summer 2008, Ben was contacted by Robert Myers who had already exhibited and won Silver and Gold awards for his Show Gardens. Robert had been commissioned to design a garden for Cancer Research UK for the 2009 RHS Chelsea. It was a big moment for Barrell Sculpture as Robert asked Ben to come up with a seat that ‘looked a bit like a pebble’, and thus the first Pebble Seats were made.

A decade later, the original white resin Pebble Seats are still part of the range, but now they’re called Pico Pebble Seats, and although we do still offer Pebble Seats in resin, the default material is solid cast concrete, made with Cornish granite aggregate, and in a mix that Ben has developed especially for the Pebble Seats.

The 2009 RHS Chelsea Show helped establish the now very popular Pebble Seats as a much loved feature in gardens and landscapes all over the world and now in 2019 Barrell Sculpture has two ranges the Pico and the Pendeen; offers three colours soft white, mid-grey and charcoal; and offers three materials and finishes – the standard Polished concrete; the much lighter concrete resin, and new in 2019 the silk textured matt finish Pebble Seat.