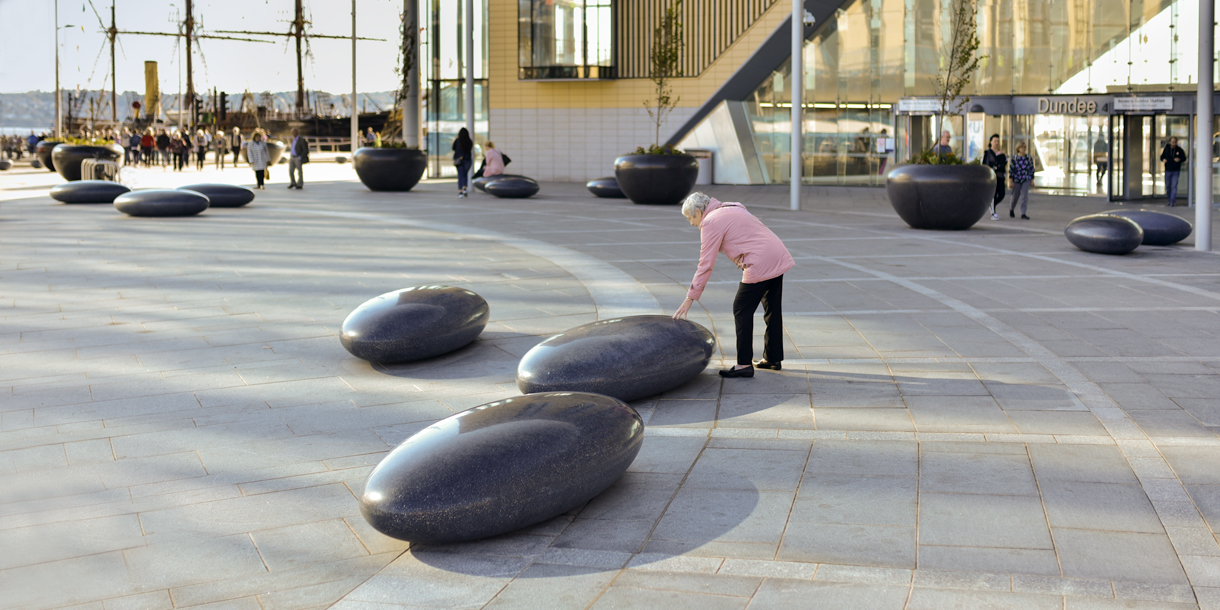 The regeneration of the Dundee Waterfront has been headline news in 2018. To quote their own website: ‘The £1 billion transformation of the award winning Dundee’s waterfront, which spans 240 hectares of land stretching 8km along the River Tay, is a strategic, focussed and forward-looking project that is propelling the city to international acclaim and is the 3rd largest regeneration project in the UK. ‘

Barrell Sculpture are very pleased to have played a small part in making the Dundee Waterfront look so fabulous. Earlier this year we sent 19 black Pendeen Pebble Seats up to Dundee, and in October Ben flew up to see them in situ and to take some pictures. Sometimes it’s hard to visualise what a scheme will look like, and he was delighted to see the Pebble Seats outside the railway station and the hotel, and with the backdrop of Captain Scott’s RSS Discovery. It was also gratifying to know that there is a person responsible for looking after the Pebble Seats, and the other furniture, so they were gleaming in the Autumn sun.